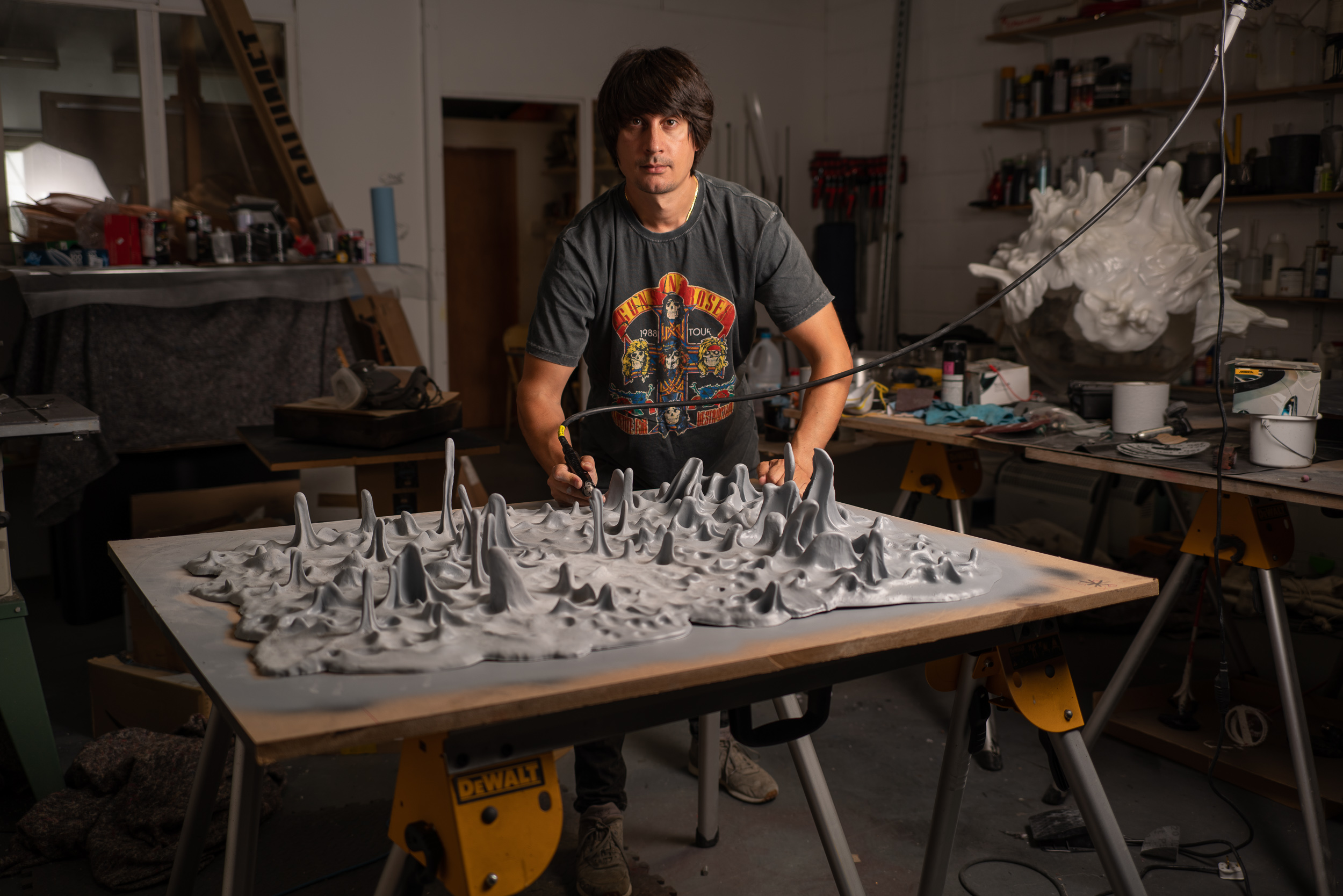 K ris Lamba was born in London in 1984. He creates large and small-scale sculptures, paintings and edition-based collectible design. Eschewing tradition media, he works with a variety of industrial biopolymers which Lamba manipulates whilst still molten, often at extreme temperatures. Using a combination of great force, gravity and a pioneering technique of polymer-stretching, he creates otherworldly forms; shapes that defy convention and echo the spontaneous and often violent moments of interstellar creation.

Aiming to partly remove the element of ‘self’ Lamba adjusts only certain parameters: temperature, quantity, molecular weight and the applied force. Then, using custom designed machinery he pulls apart the molten material, selectively freezing and re-heating where necessary; the resulting shapes seemingly grown rather than made. After a period of consideration, the forms are refined and re-worked over a period of weeks and are either cast in bronze using the traditional ‘lost-wax’ method, or are finished in precious metals, pigment rich paints and composite resin fabrics.

Creating work is an energetic process for Lamba, his pieces becoming expressions of a singularity; ideas forged though intense experimentation, later undergoing gradual stages of refinement and craftsmanship.

Originally a trained classical percussionist Lamba then went on to study contemporary design. His stretched and manipulated sculptures can be seen as a rebellion against the confines of working within tradition; their spontaneous forms defying and reworking traditional artistic practice. His recent series of raw pigment sculptures go further to reinforce this point, warping the very space that they occupy.

Lamba’s work has been published worldwide to widespread critical acclaim and is held in several prominent collections. He currently lives and works near Brighton, UK.

/* His stretched and manipulated sculptures can be seen as a rebellion against the confines of working within tradition; their spontaneous forms defying and reworking traditional artistic practice */