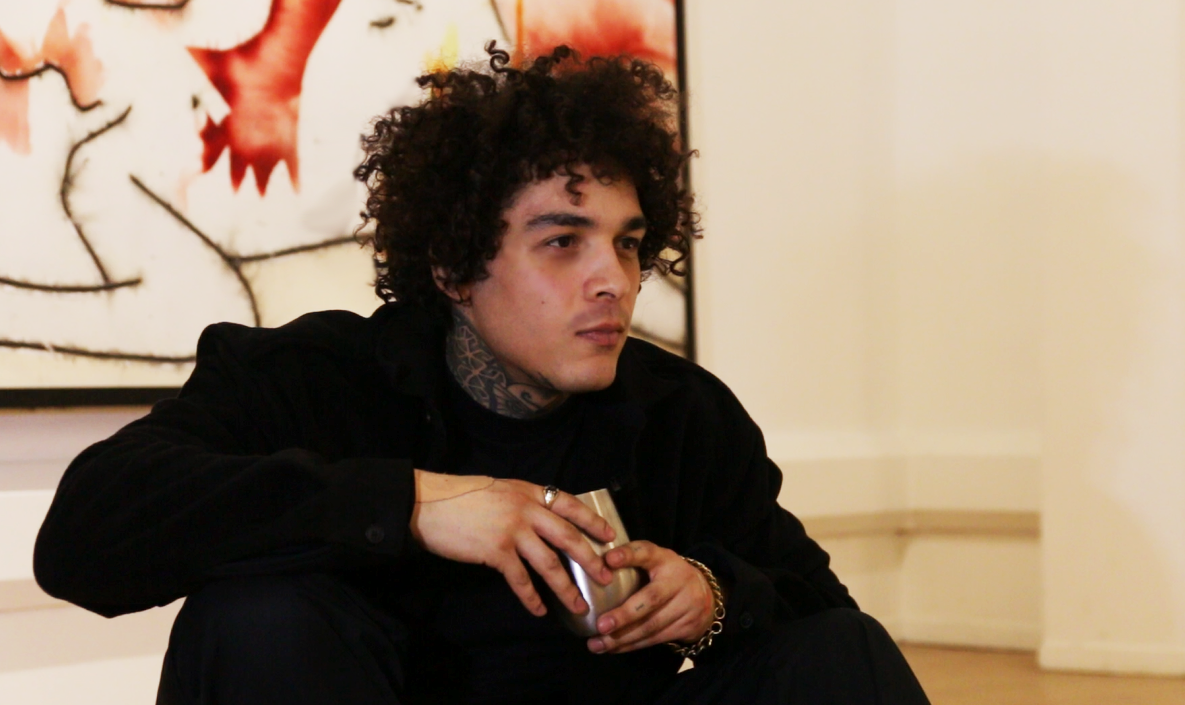 M arcus Dove’s main artistic focus is utilizing pyrotechnics and other exothermic materials like gunpowder and smoke grenades in order to communicate the process of ‘creation via destruction’. He predominantly works large-scale on canvas to produce figurative narratives.

“I’ve been working with pyrotechnics since university, an educational path which was imposed on me by the UK court system instead of a prison sentence in 2009. Due to that, I received my college diploma in Art & Design then went on to graduate university in 2017 with a BA in Fine Art and a MA in Creative Business & Innovation”.

In that same year Dove exhibited at the Saatchi Gallery in London which later allowed him to show his work at the Asia Contemporary Art Fair in Hong Kong and was commissioned by De Montfort University to commemorate Baroness Doreen Lawrence, OBE.

Since graduation the pyrotechnical artist has been featured on the BBC News several times and in the local press due to his artistic process and has had various solo exhibitions such as “Fading Figures” which consisted of paintings depicting the female form by scorching colour into the canvas with smoke grenades and was listed as a Top 5 exhibition to see in London in 2019 by World of FAD Magazine.

As well as his art practice Marcus also works in the arts department at Pedestrian, a charity which focuses on pioneering talent in young people at risk such as young offenders, refugees and vulnerable adults who are often socially excluded, not in education, employment or experiencing disadvantage.