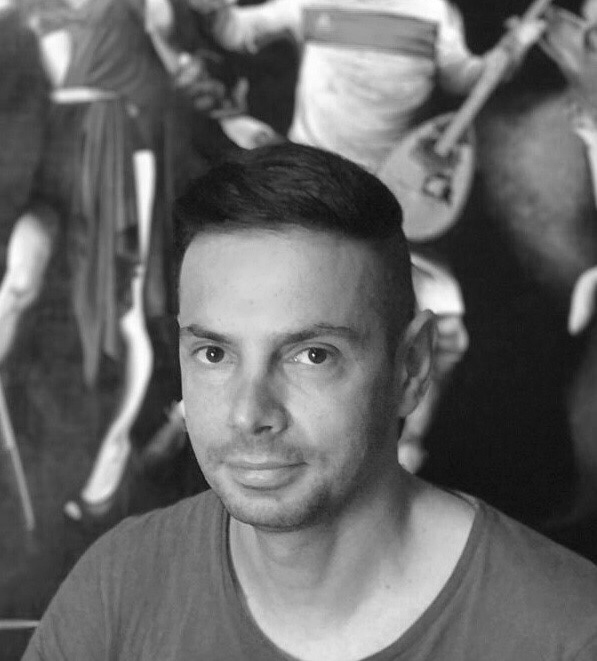 M ichail Parlamas was born in Piraeus in 1977. In 2000 he receives his BA degree in Fine Arts from the Aristotle University of Thessaloniki Faculty of Fine Arts under the supervision of Evangelos Dimitreas. With the support of the State Scholarship Foundation he continued his postgraduate studies in London, where he was awarded a Masters of Fine Art in 2003 from Central Saint Martins College of Arts and Design and in 2007 a Doctorate in Fine Arts from University of East London. The media he chooses are oil and acrylic paints.

Since 2002 he has participated in group exhibitions and art fairs in Greece and abroad. He has also co-curated and participated along with 13 Greek and 13 Japanese artists in the exhibition “Kawaii” kindly supported by the Japan Foundation. His work has been featured in many Greek and international art magazines.

/* He has...co-curated and participated along with 13 Greek and 13 Japanese artists in the exhibition “Kawaii" */