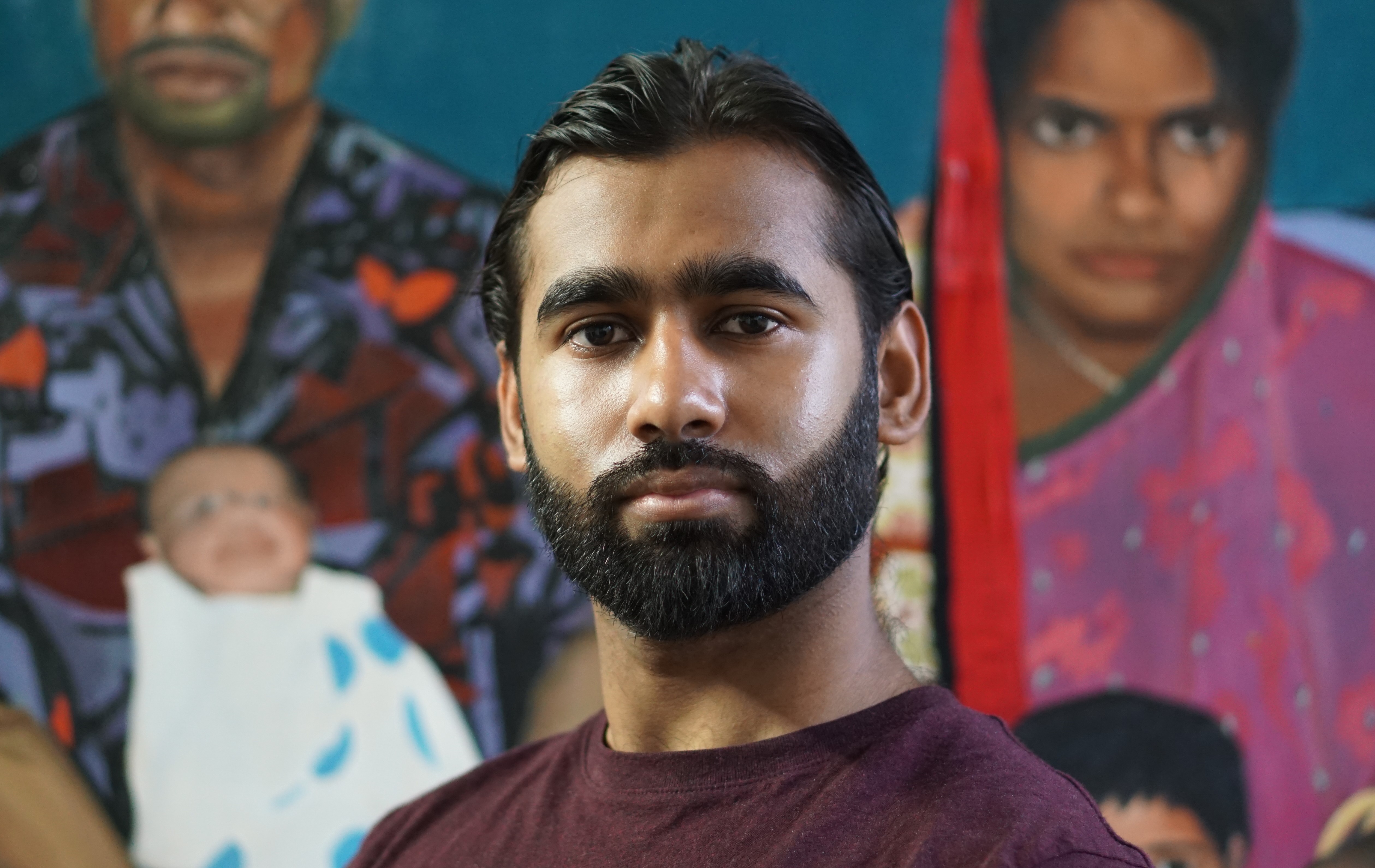 M ohammed Adel (b.1997) is a London-based painter with a BA in Painting from Camberwell University of Arts. He is interested in exploring his South Asian Bengali culture and place in the art world. Thinking about the intersections of his identity and social status, he incorporates a painterly language that is combined with ideas of personal and impersonal and how that differs over generations. Through these ideas he is able to touch on memory, space, cultural norms and expressiveness within culture.

Mohammed has also worked collaboratively with the Whitechapel Gallery Youth Forum alongside his independent practice, co-creating long running projects such as the ‘Young Creative Nights’ that invite artists to be in conversation or run a workshop with people 21 to 28 in the Whitechapel Gallery, aiming to create a non-hierarchical space for networking for young creative. He has also collaborated on the ‘Alone Together’ exhibition with Seth Pimlott while also featuring in Ayo Akingbade’s film ‘Fire In My Belly’.

His studio is part of the Associate Studio Programme, a collaborative project between UAL and Acme studios where he also sits on the Advisory Board. He has been the recipient of the Jeremy Cubitt Prize in 2017 and has shown with Mall Galleries, at The Factory Project and an all Bengali Show in East India Docks with an upcoming show at French Riviera Gallery.

“My work explores the notion of in-between as a thread that runs throughout many ideas, touching on culture, past and present, as things that place me in-between identities. I utilise a painterly language to instil evocative ideas, such as familiarity, beauty, intangibility, in contrast to Asian motifs, Asian people and past experiences that therefore centralises my practise in South Asian culture. This contrast allows the viewer to be taken somewhere beyond the representational image but not far enough to escape the cultural aspect. An ambiguity is created pondering on what expressiveness means in South Asian norms. The motifs never satisfying the works run parallel to my position of someone who finds themselves constantly in-between”.

/* An ambiguity is created pondering on what expressiveness means in South Asian norms. */