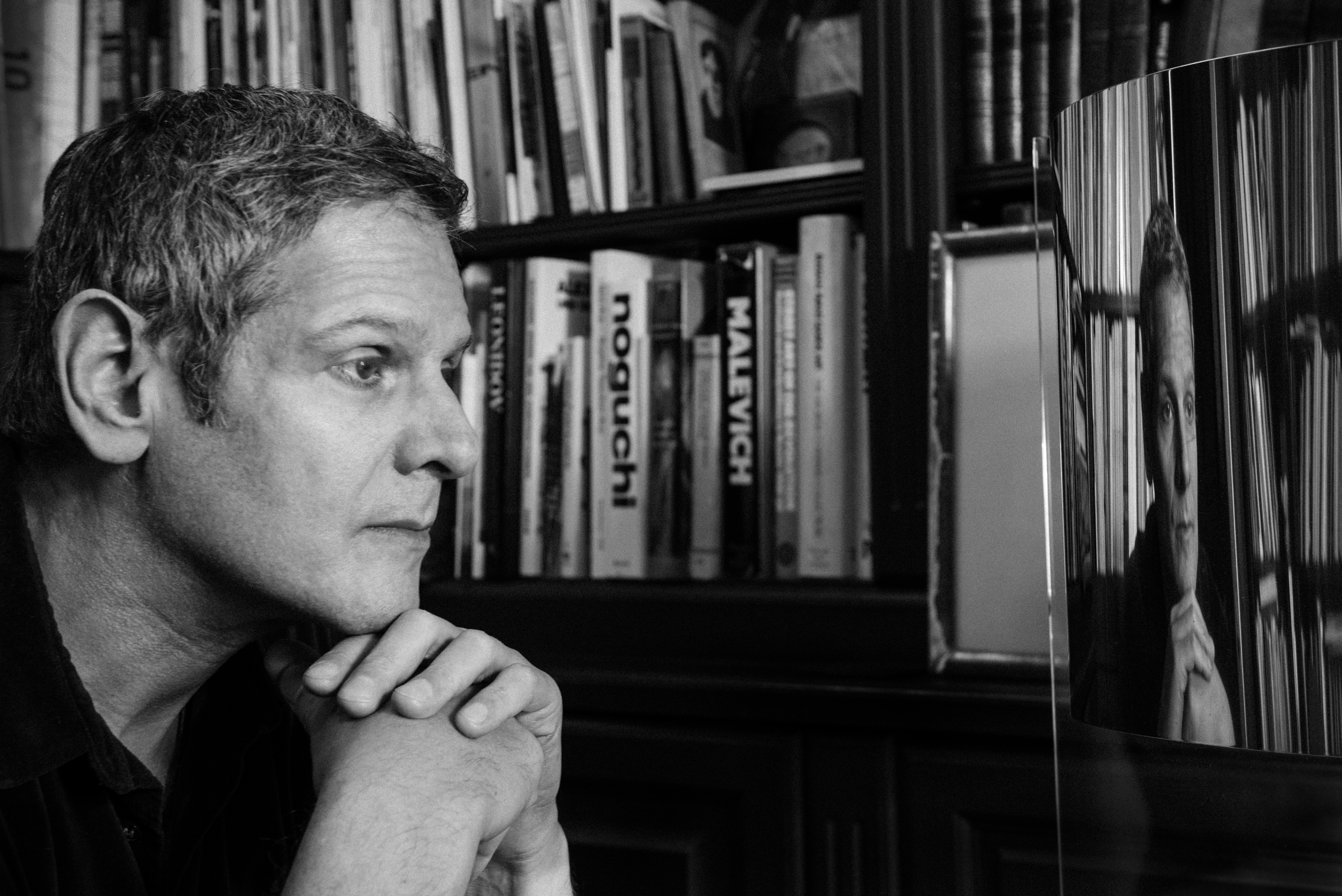 P hilip Michael Wolfson, born 1958 in Philadelphia, Pennsylvania, the son of a NASA engineer. He studied architecture at Cornell University, Ithaca, New York and at the Architectural Association, London, England, where he was mentored by Zaha Hadid. After completing his studies he spent the next ten years as head of design in her studio. In 1991 Wolfson established his own studio in London, and in 1999 in Miami, and has worked throughout Europe and the USA on interiors, focusing on functional and sculptural, and art works shown at leading international art and design exhibitions, galleries, and public venues.

Experimentation in the fusing of fine art and functional design issues is at the forefront in pushing boundaries in the way in which we inhabit and interact with our surroundings. The works of Philip Michael Wolfson encompass investigations from an architectural foundation, across the fields of sculpture and installation, experimental design, interactivity, film and art.

The works maintain a fascination with and examination of the construct of space and forms, thru an apprehension of examples given by the early 20th century Modernist Movements, particularly, Constructivism and Futurism. Theoretical elements of the Concrete Poetry movement also serve as inspiration. His unique approach to functional sculpture, design and art is informed by the vigorous dynamics resulting from the fracture and fragmentation of form – layering and manipulating both 2 and 3 dimensional studies into fluid shapes and forms, where movement of light, shadow and reflection are an integral part of the seduction of the work. The works constantly evolve between static and dynamic models, shifting between the realm of objects and installations to that of purely artistic examination. Wolfson is prospecting new visual territories in the field of narrative object & space.

Many of the works now being commissioned are for use in the public realm as sculptures and interactive functional art. Most notable are the SoundForm ROBERT for the restaurant at the Museum of Art & Design in NYC, and SoundForm FLUID and Liquid Genesis, sculptures commissioned as the center piece for the launch of LVMH Glenmorangie in the Far East. Additionally, there are proposals for outdoor sculptures being carried out in the UK and the USA. Sculptures and paintings have been shown at, or are included in numerous international collections including the Soane Museum (London), the Victoria & Albert Museum (London), the Foundation Cartier (Paris), MAK (Vienna), and the Museum of Art & Design (New York). His designs, paintings and sculptures are or have been exhibited at international events including Art Basel, Design Miami, Art Miami, Salone Internazionale del Mobile, Milan, TEFAF, Maastricht, Art London, the Saatchi Gallery as well as through auction houses including Christies and Phillips.

/* His unique approach to functional sculpture, design and art is informed by the vigorous dynamics resulting from the fracture and fragmentation of form */