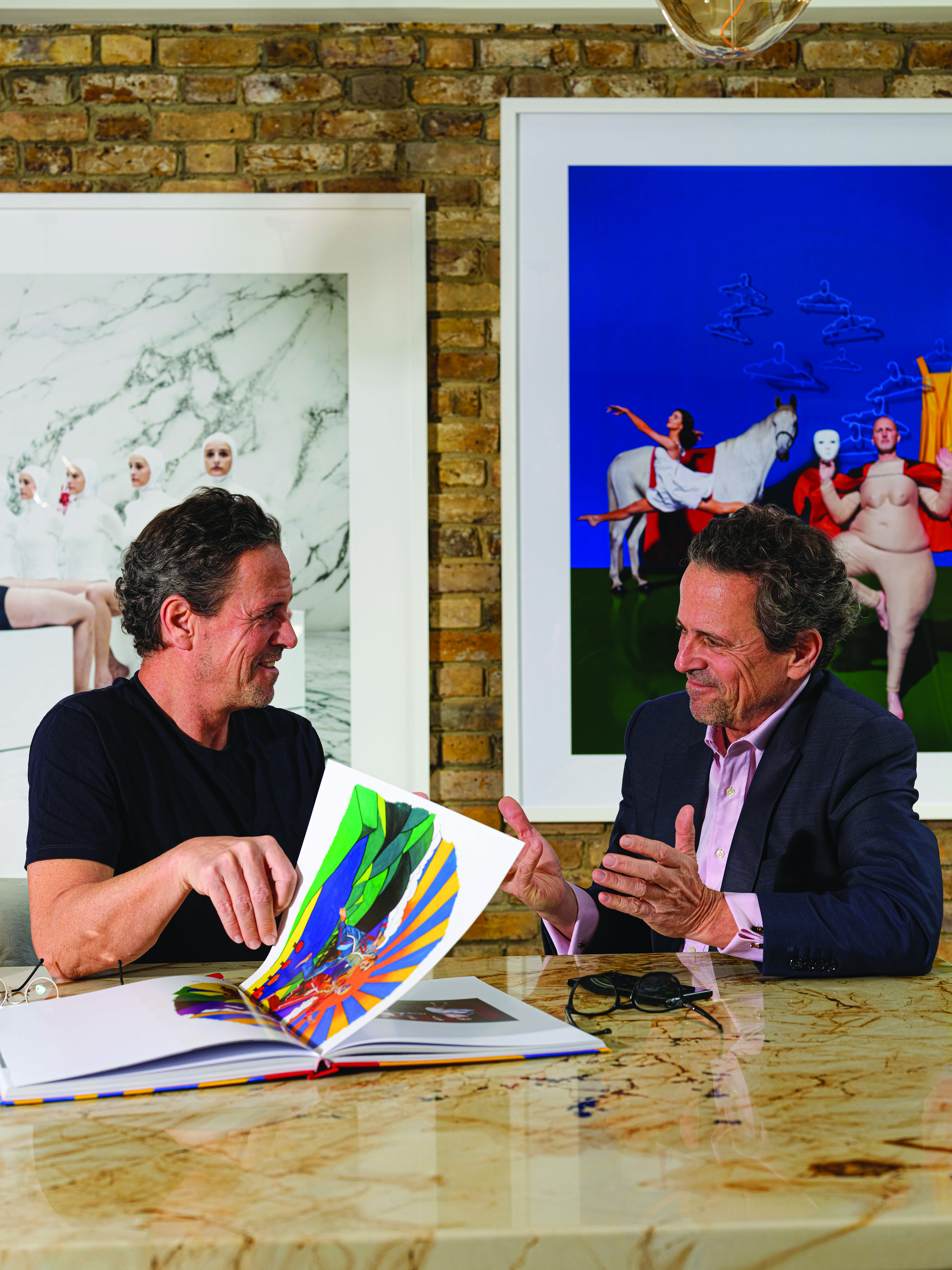 H umm is a British/German multi-disciplinary artist living in London and the South of France. He has been a practising artist throughout his life, yet fιrst pursued a corporate career, where he was heading tech companies as CEO. Ιn 2015, Humm switched professions and became fulltime artist. Humm's work draws upon his rich life experience and is deeply reflective and intellectual. His colour palette is in the tradition of the Blaue Reiter, in line with his German roots. His works feel modern and loud which led the art critic Edward Lucy Smith to label his art as "Pop Expressionism”.

Humm's work has been exhibited in UΚ, USA, Germany, Singapore and Italy. Humm had extensive press coverage including cover stoήes in the Wall Street Journal and F22.

"Some endeavours are so outlandish, so crazily grandiose, that you can only applaud their ambition. Such is Philipp Humm' s film version of parts one and two of Goethe's epic verse drama Faust. " - Suzy Fay (Financial Times)

''Humm has an instinctive understanding and a fascinating sophistication of each medium he uses.'' - Professor and art critic Jean Wainwright